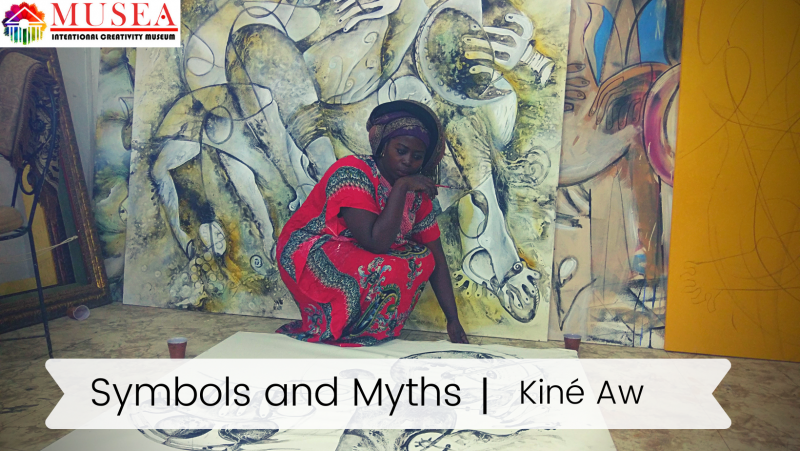 About Myths and Stories

This is a show that brings together examples of the different periods of my artistic exploration of the African Feminine— what it means to be an African woman. In my view, the African woman exists both as spectator and actor in the society in which she lives. As spectator, she develops a perspective that requires a certain distance while her vision is focused toward the external. As actor, she is the person who lives in society; she is a social agent.

In the first period featured in the show, the theme is one of meditation and introspection; for example, the piece entitled “Mythologie” in which we show two deities very present in the collective supernatural imagination of the African. One of the deities, Maniwata, is a goddess of the waters, a mermaid; she is often represented under different forms in West and Central Africa as well as in certain island countries in the Americas.

The second period depicts the “Strong Woman”. The images there are of the “Ndeer Women” a series of five pieces in black and white where I show the warrior women who, during slavery and colonization, fought fiercely unto death rather than submit to domination.

In the third period, that is where images of the woman as mother, as esthetic, as intelligence show up. We see woman as the source of life and of inspiration. In these pieces I touch on the important role that woman plays in society as poet, spouse, counselor, matriarch and lover. 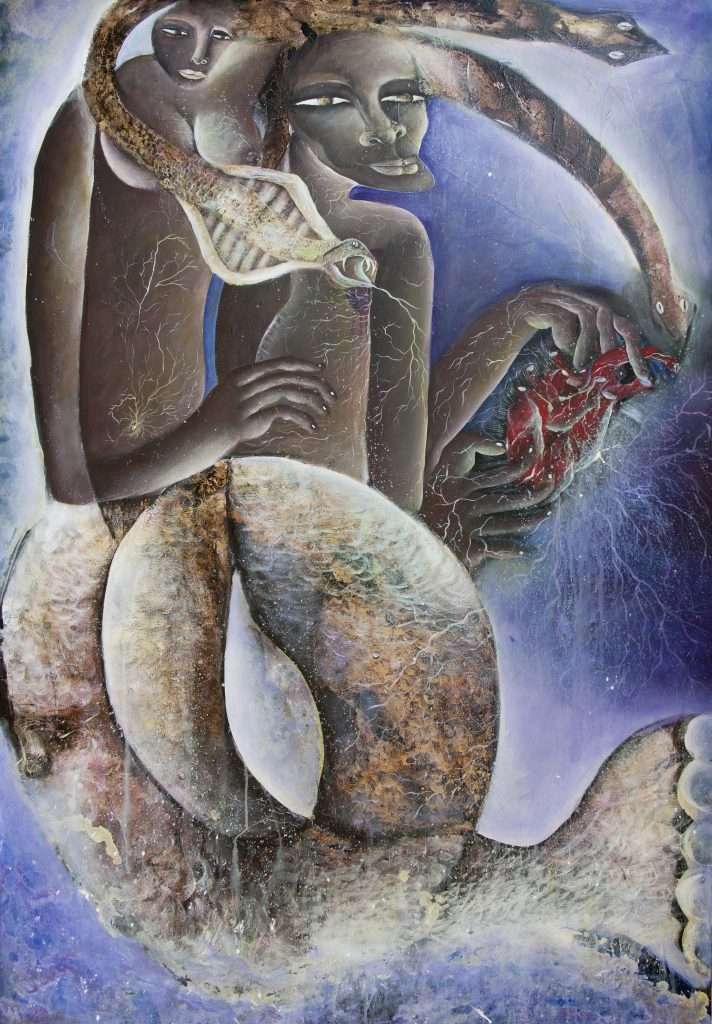 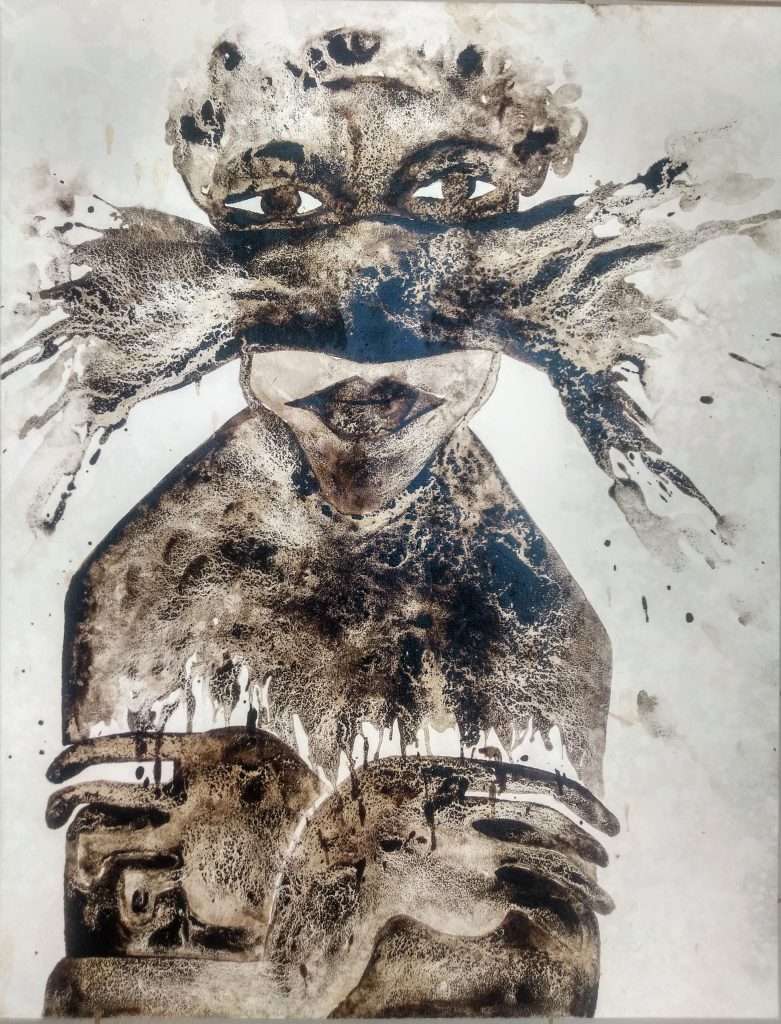