This artist interview was hosted by Curator, Shiloh Sophia

“I believe that art plays a very important role in Ukrainian culture and history in general. Maybe, at first glance, it doesn’t look like that, but if you think about it and do research it becomes clear. Ukrainian art, traditions, and language have always been threatened, tried to be destroyed, and hidden, which resulted in an inferiority complex imposed on us. But thanks to people whose love for Ukraine was unconditional, our culture was preserved at the cost of many lives. Little has changed in history. Now in the 21st century we are still dying for our independence, our language, and freedom!

My serious fascination with traditions first began with an interest in the Ukrainian icon and took root after a creative trip to the city of Baturyn, the Hetman capital of Ukraine. After this trip, I became interested in the history of the Cossacks and wrote my diploma, “The Intercession”, which is now exhibited in the Verkhovna Rada of Ukraine.”

A Selection of Olga’s Work

I have been interested in fine arts almost since childhood, and this interest first led me to the Taras Shevchenko State Art School. Then, in 2002, I enrolled the National Academy of Fine Arts and Architecture in Kyiv. At the academy, I studied in the workshop of monumental painting and temple culture of professor Mykola Storozhenko. During my studies, I became a member of the youth organization of the Ukrainian Union of Artists, received a scholarship from the Verkhovna Rada of Ukraine.

In 2008, I obtained a Master of Arts degree and began an internship at Storozhenko’s studio.

In 2010, I became a member of the Union of Artists of Ukraine, in 2012 received a grant from the President of Ukraine for gifted youth, and in 2015 became a laureate of the Kyiv Art Prize in the field of fine arts named after Serhiy Shyshko.

In 2020, I received the award — Honoured Artist of Ukraine, and the award «For outstanding contribution to the development of art.»

My area of interest is sacred, monumental easel painting and icon painting. I was a participant in a large number of Ukrainian and international exhibitions. My works are in private collections of Ukraine, Poland, Georgia, Russia, Germany, France, USA, Iceland, Spain, England and Canada. 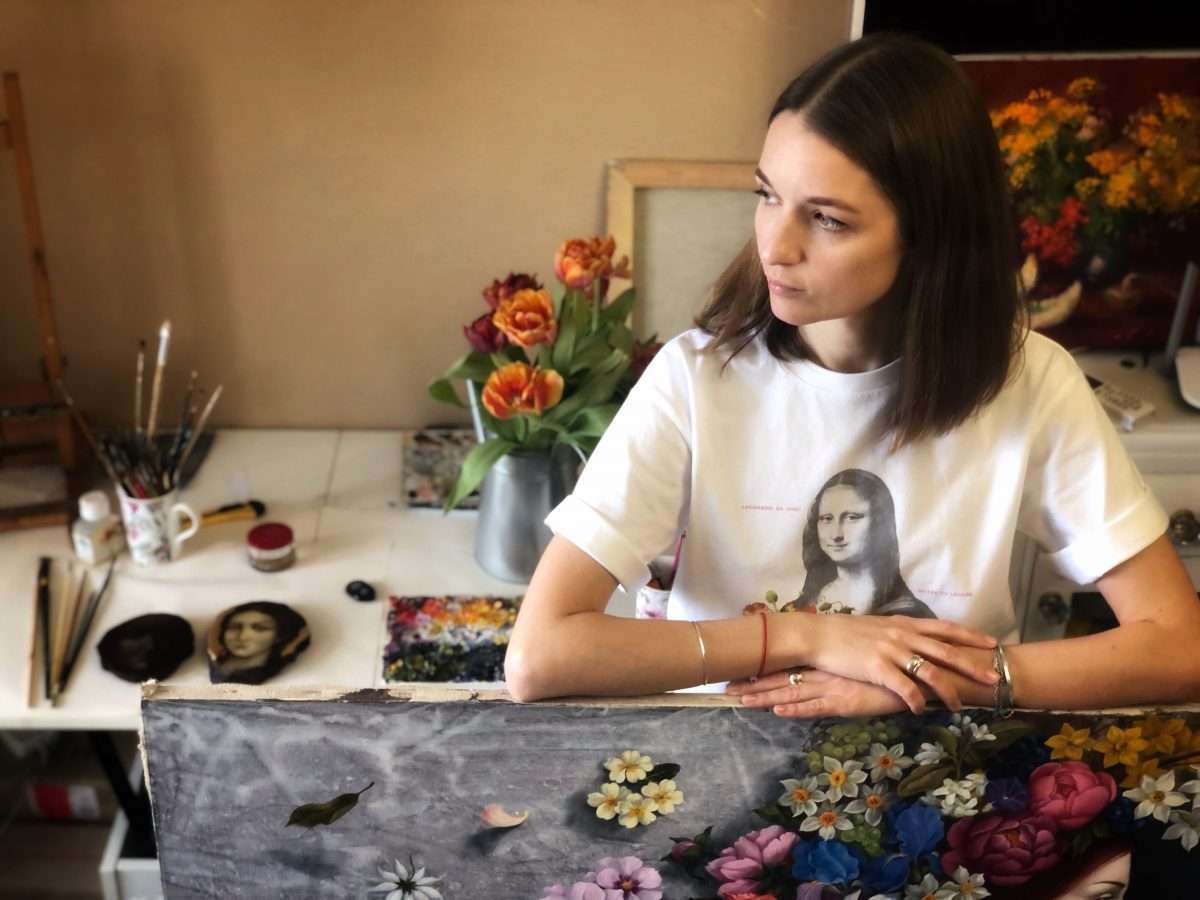